Limbaugh Groupie Steyn: a real Christian is dumb as a box of rocks

You may have noticed the Christian right – through its outraged punditocracy on talk radio and FOX –  getting their sacred underwear all knotted up again because the secular ‘mainstream media’ said Anders Breivik, the Norwegian mass murderer, is a Christian (gasp!). 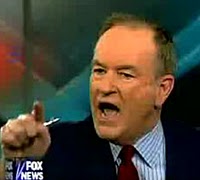 O’Reilly, for instance, said there is “absolutely no evidence that this guy is any kind of Christian”.

(Because neither Breivik’s 1500 page manifesto calling for a new Christian Crusade nor his video full of Christian imagery count as actual evidence.)

So here comes right-wing media luminary Mark Steyn on the Hugh Hewitt radio show, taking his turn to make the case. How does he know? He has irrefutable evidence.

Breivik is well read! He can’t be our kind of Christian.

8 responses to “Limbaugh Groupie Steyn: a real Christian is dumb as a box of rocks”