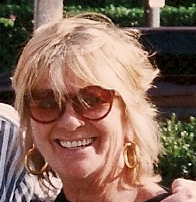 Yet another ten year old photo. Okay, maybe a bit more than ten.

Raised Irish Catholic in Connecticut, where those  identifiers were not beloved. Did not go to Woodstock. Lived in Greenwich Village’s SoHo before it was SoHo. Dated Richie Havens before he was Richie Havens. Lived on a sheep farm for two years in the 90’s and it was the best of times.

Been lurking and trolling far too long.  Acquaintances are tired of my snarky emails. I get into fights on Facebook. So here I am.

“One does nolt stand still looking for a path. One walks, and as one walks, a path comes into being.” – Mas Kodani