I am the go-to place for Scalia. I guess. 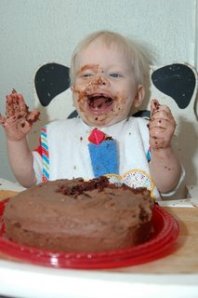 For well over a year, the top search term that brings people here is ‘scalia’. I don’t know whether that’s a function of how frequently people enter his name into search engines or if there was something particularly delicious about my one and only (I think) post about the good Justice. If that is the case, I wish I could find the damn thing and figure out what was so enticing about it!

Here cometh Justice Scalia, that brilliant misogynistic father of an astonishing number of  offspring, a Catholic-too-far, friend of Opus Dei, king of the hill. 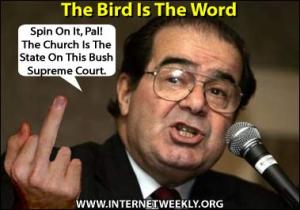 There’s a great deal to admire about a man of such stature: a good husband, a loving and supportive father I’m sure, a famous wit, a lover of opera and best friend of Justice Ginsberg – a solid citizen in every way. He worked hard to learn the law and became one of the best 19th Century constitutional minds in the country and  he is a disaster on the Supreme Court of America in 2o11.

Oh – did I say he is, all too often, a genuine misogynist? Yeah, I did. But can’t say that enough.

The Washington Post reports on Scalia’s interview with Catholic Lawyer. (Can’t wait to see what the National Catholic Reporter has to say on this.)

But  I’ve never heard him actually go this far before!

Scalia: Constitution does not protect women against discrimination

(He thinks anti-discrimination is not a constitutional matter, that it’s better that  fickle legislatures take care of little things like equal rights – according to however those legislators might be feeling or moved in any cultural moment. State by State.  He believes that only male rights (white male I’ll assume) are actually embedded in the Constitution and all those pesky Amendments weren’t necessary.)

The man himself speaks: “In 1868, when the 39th Congress was debating and ultimately proposing the 14th Amendment, I don’t think anybody would have thought that equal protection applied to sex discrimination, or certainly not to sexual orientation . . . “

Posted in Civics, Did I hear that right?, History, Politics