An important message within this tale of two photos

As Josh Marshall put it at Talking Points Memo:

The photos appear to have been taken at nearly the same moment, but from two different angles. And they tell different stories.

As I said in my headline, these two photos contain an important lesson about assumptions and jumping to conclusions.

But that said and friendly smiles notwithstanding I see intentional cruelty, nearly of the Westboro Baptist Church variety. Here, they’re gathered outside a Houston restaurant to “protest” the meeting inside of the state chapter of Moms Demand Action for Gun Sense in America, a gun safety advocacy group formed in the aftermath of the Sandy Hook Elementary School shooting.

Krauthammer was good and I am not off my meds

In my paper this morning came a Charles Krauthammer column that at first made me laugh out loud. It’s an elegant and beautifully written (and felt) column about . . . neutrinos. He began with a joke that is circulating on the internet: 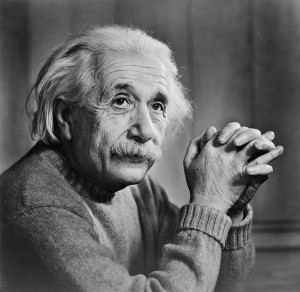 “We don’t allow faster-than-light neutrinos in here,” said the bartender.

A neutrino walks into a bar.

The column talks about the announcement by the European high-energy physics consortium, CERN, that they’d discovered a particle that travels faster-than-light.

. . . The implications of such a discovery are so mind-boggling, however, that these same scientists immediately requested that other labs around the world try to replicate the experiment. . . .

. . . But if quantum mechanics was a challenge to human sensibilities, this pesky Swiss-Italian neutrino is their undoing. It means that Einstein’s relativity — a theory of uncommon beauty upon which all of physics has been built for 100 years — is wrong . . . deeply, fundamentally, indescribably wrong.

It means that the “standard model” of subatomic particles that stands at the center of all modern physics is wrong. . .  This will not just overthrow physics. Astronomy and cosmology measure time and distance in the universe on the assumption of light speed as the cosmic limit. Their foundations will shake as well.

This is no crank wheeling a perpetual motion machine into the patent office. These are the best researchers in the world using the finest measuring instruments, having subjected their data to the highest levels of scrutiny, including six months of cross-checking by 160 scientists from 11 countries.

But there must be some error. Because otherwise everything changes. We shall need a new physics. A new cosmology. New understandings of past and future, of cause and effect. Then shortly and surely, new theologies.

Why? Because we can’t have neutrinos getting kicked out of taverns they have not yet entered.

A brief and comprehensible read of what this means, for those who, like me, are scientifically illiterate.

(He didn’t mention that it could have been a US discovery had not the high particle accelerator under construction in Texas in the 90’s – which would have been the world’s largest – been cancelled by Congress in ’93. Too expensive you know. Who could afford $12billion – of which we’d already spent a few billion – when we needed a half a trillion to keep the old defense industry building already-outdated aircraft and weapons?)