I don’t usually read Dan Milbank, but he delivered a fountain of pure deliciousness today and here’s some more:

e Republican lawmakers may be so muddled because their thought leaders can’t agree on the proper line of attack. . . .

The confusion grew so intense during Obama’s intervention in Libya that some Republicans contradicted their own critiques in the span of days. Gingrich, for example, demanded in early March 2011 that the United States should “exercise a no-fly zone this evening.” Two weeks later, after Obama took the action that would bring down Moammar Gaddafi, Gingrich said, “I would not have intervened.”

Satirist Andy Borowitz reports that a new poll shows that 97% of Americans favor SEAL Team Six — the elite unit that took out Osama bin Laden — landing on the US Capitol building and taking out Congress by force. According to the study “There’s a broad consensus out there that the Navy SEALs get things done, and that they would make C-SPAN more fun to watch.”

Mitt Romney Haunted By Past Of Trying To Help Uninsured Sick People
BELMONT, MA—Though Mitt Romney is considered to be a frontrunner for the 2012 Republican presidential nomination, the national spotlight has forced him to repeatedly confront a major skeleton in his political closet: that as governor of Massachusett… …more » 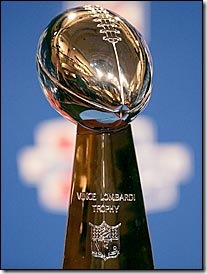 Actually, I don’t do Super Bowl posts. I don’t even do football posts. But thanks to Political Irony and Bill Maher’s New Rules, I have learned there’s an angle of interest to me, an entirely new angle on this ‘ball game’ business. I learned the freaky scary truth about the NFL . They’re commies! Run-for-the-frackin’-hills!

A week ago, I posted about a New Rules bit in which Maher compared baseball and football in terms of popularity and earnings. He pointed out that football – the clear winner  – is run on a ‘take from the rich, give to the poor’ model.  The NFL, he said “put all of it [television revenue] in a big commie pot and split it 32 ways [among the teams].

We learn more from Political Irony: Take the Green Bay Packers who have won more NFL championships than any other team. How do they do this? Do they pay their players more? No! In fact, they have the lowest median salary in the NFL. Do they represent a big city? No! Green Bay (population 100,000) is the smallest city to have a major league football team. Their games always fill their stadium (which can hold 70% of the entire city population) and they have a waiting list for season tickets that could more than fill another stadium just as large.

So how do they do it? Most people don’t realize this, but the Green Bay Packers are a non-profit community-owned organization. You can buy stock in them, but it does not pay dividends, and it never increases in value. It is a worthless investment, and yet they have 112,000 shareholders (more than the population of Green Bay).