Alec Baldwin? How much pain can Perry handle? 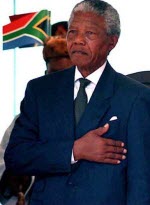 Here’s what I learned from Mitt Romney tonight:

We are a patriotic people. Americans put their hands over their hearts during the playing of their national anthem. No other people on earth do that.

Someone ought to have told Nelson Mandela when they played his national anthem at the Olympics that he was disrespecting our traditions.

These are vile people. Vile.

Am I the only one choking on the word ‘Republican’ these days? Eisenhower was a Republican. Nixon and Reagan were Republicans. Gerry Ford was a Republican. George H.W. Bush was a Republican. Not one of them – not one (ummm, maybe Nixon) – would have stood for the truly degenerate behavior of the audiences at the two recent debates. In the first one, when Brian Williams asked Perry if he had any hesitations signing death orders for 234 people, the audience erupted with gleeful applause as soon as Williams said 234.  I posted the video here and said that it broke my heart.

Duane at The Erstwhile Conservative (a fine writer by the way) tells us today:

Patti Davis, the daughter of conservatism’s number one icon, said she remembered the first time her father, governor of California, had to order a state execution:

“He and a minister went into a room, got down on their knees and prayed.”

He also points to this from Reagan’s tombstone:

. . . there is purpose and worth to each and every life

(I think Reagan’s politics hurt this country. Deeply wounded us. But I’ve read his letters and know that he was also a man of personal grace and humility.)

Last night I recoiled in shame and horror when the debate audience topped the earlier cheering for executions. Here’s more from Duane on that subject:

Paul’s answer, which essentially was that such an unfortunate fellow [very ill with no insurance] should rely on volunteers and churches for his care, was drowned out by shouts of “Let him die!” from the Republican debate-watching crowd.

I’m reminded of former congressman Alan Grayson’s presentation on the House floor in 2009:

“If you get sick in America, the Republican health care plan is this: Die quickly.”

Yeah, I remember that too.

Ah Barry, that is just rude.

The next Republican candidates’ debate has long been scheduled for September 7 in California. Today Obama’s office announced his big jobs’ speech will be the same night just before the debate – and it will be delivered to a joint session of Congress. (This is assuming John Boehner permits it – it’s his decision.)

I hope I’m reading this wrong, but I think my prez just effectively shifted the focus from the jobs issue to the politics of the freaky scheduling. And precluded any serious discussion following his speech. It’s all spectator sport now for the political class.

UPDATE: Looks like Obama took another bullet from a gun he aimed at himself. Boehner said ‘pretty please come another time” and Barry said ‘sure, whatever works’. Makes me wonder again, what the hell kind of advice is he getting.