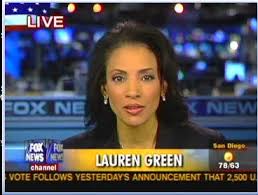 Now I hear the pagans want their solstice tree back

One by one our American Christmas traditions have been falling into place – and right on schedule. Last week, the White House tree was delivered, then cyber-Thanksgiving went off with its now world-famous vulgar celebration of mindless consumerism, and tonight is the lighting of the Rock Center Tree. One thing has been missing though – until now.  Fox News has finally launched its traditional War on the War on Christmas. Sleigh bells ring.

I love these guys.

And thus does Steve Doocy lead the nation

The climate deniers have had a triumphant run over the last 20 years. Their campaign, financed mostly by the fossil fuel industry, has succeeded in changing American’s attitudes and beliefs. (They had a little help from their friends.)

A recent paper from the Union of Concerned Scientists analyzes how FOX News Channel and the opinion pages of the WSJ reference climate science. The entire thing is here.

. . . . examined six months of Fox News Channel content and one year of representations in the Wall Street Journal opinion section based on keyword searches for the terms “climate change” and “global warming.” Our team examined transcripts and articles to determine whether these media outlets mentioned climate science, action on climate change (personal action or government policies), both, or neither.

There are charts and specifics a-plenty

. . .  the misleading citations include broad dismissals of human-caused climate change, disparaging comments about individual scientists, rejections of climate science as a body of knowledge, and cherry picking of data. . . .  much of this coverage denigrated climate science by either promoting distrust in scientists and scientific institutions or placing acceptance of climate change in an ideological, rather than fact-based, context

From Orlando, tonight at 9:00 pm on FOX News.  Remember to  put the children to bed and hide all weapons. Then you can pop the popcorn.

They hit the ‘publish’ key and then have a good laugh

FOX News is having fun again, alerting us to the fact that Obama is just  never satisfied. It’s always something with him..

President  Obama has declared Aug. 26 – which marks the 91st anniversary of the  constitutional amendment giving women the right to vote – to be “Women’s  Equality Day.”

In a proclamation published by the White  House Thursday, Obama said, “I call upon the people of the United States to  celebrate the achievements of women and recommit ourselves to the goal of gender  equality in this country,” according to Reuters.

People / things I love to kick when they’re down.

Anyway,  on with it: whenever (which is often) FOX News is accused of faking their journalism, they get all weak with the vapors. At which point ‘media critics’, the ones still allowed on television anyway (I’m looking at you Howard Kurtz), remind their viewers and readers that MSNBC and CNN and some other elvis-forsaken entity do it too! After all. To be fair. You know.

It’s nonsense of course. Here’s an oldie but goodie. Ever seen CNN do this? Such good times:

Here’s a screenshot of photo Fox & Friends used for Steinberg, with the actual photo on the left.

Why Balloon Juice is so popular

It’s because John Cole is funny. He understands the power of language and here achieves a bit of typographic brilliance. In a single sentence, he replays a years long narrative. Herewith:

Fox news alerts concerned white people everywhere that there is a new common enemy (not apologizing) for their two minute hate. This time it is rapper Common:

During an appearance on Fox News’ “On the Record,” Palin said, “The White House’s judgment on inviting someone who would glorify cop killing during Police Memorial Week, of all times, you know, the judgment, it’s just so lacking of class and decency.”

Jon Stewart also took up this bit of nonsense last night in what might be one of his top ten takedowns of FOX News. (Conservative readers who don’t follow Stewart should know that Stewart’s really-very-all-the-time-favorite target is CNN.)

Staying classy. And as subtle as ever.

Fox & Friends has announced just the thing for the media nerd that simply can’t get enough of the most attention-grabbing potential 2012 Republican presidential candidates yet: “Mondays with Trump” . . .

Mr. Limbaugh doesn’t ‘do’ war zones himself. There is golf to be played.

This is what he gets away with on a regular basis. This blatant dishonesty, the carelessness. is accepted by millions. He doesn’t do teh crazy like Beck, but he is an opinion leader and even in that role gets away with this stuff all the time.

The second quote below comes following the news about the FOX guys in Egypt. Same day, a few hours apart. From Limbaugh’s credibility-free zone:

And then, a few hours later:

“Fox News’ Greg Palkot and crew have been severely beaten and are now hospitalized in Cairo. Now we were kidding before about The New York Times, of course. This kind of stuff is terrible. ”

Will FOX News give Jon Stewart his own show?

I just picked this up at Talkandpolitics  (where he’s blogging up a storm today!) – Shepherd Smith and Chris Wallace on FOX News acknowledging Jon Stewart and agreeing with him on the disgraceful behavior of the Republicans in the US Senate, who stopped an effort to provide health care to 9/11 first responders.  I know Smith is only FOX News lite, but Wallace is the real thing and though he is a bit reluctant at first, he finally jumps in with full blown condemnation.

I don't need no General Mills or Bud Lite either!

Media Matters keeps track of Glenn Beck’s advertisers on FOX News  – this began I expect back when Beck said Obama had a ‘deep seated hatred of white people, the white culture’. Pretty much the same day, national advertisers started dropping his program.

So, per Media Matters, here’s who sponsored Beck’s program today: