Here’s a year end roundup (aka The Wonky Awards) from Ezra Klein’s Wonkblog at The Washington Post. While wonky indeed, he’s presented it all in such a way that even we economically illiterate get the drift. It’s a terrific piece of work and challenges much of  the conventional narrative, but don’t expect any corrections in the media script – plain facts aren’t sexy.

This one strikes me as the most revealing example of media failure – every time a politician or partisan warns we’re going to become Greece!!!, the punditocracy ought to use this information to inform any discussion. 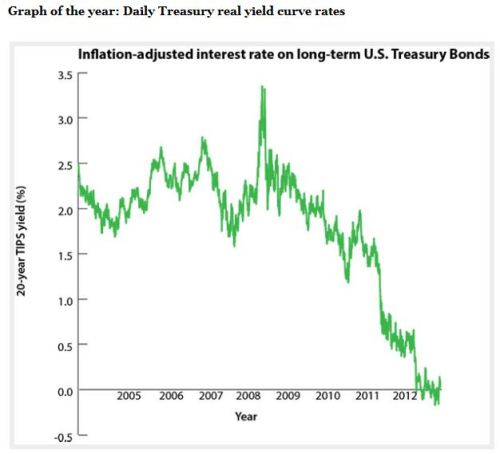 As we endlessly debated deficits and debts this year, every so often it was worth surfing over to the neglected corner of the Treasury.Gov Web site where they track the inflation-adjusted yield on government debt. Those quick jaunts were always a good reminder that everyone in politics was completely insane.

If any corporation could borrow for less than nothing, they’d see that as the opportunity of a lifetime. We can borrow for less than nothing at a moment when our infrastructure is crumbling and millions are out of work. But instead of taking advantage of this amazing opportunity, we’re actually cutting our support to the economy and arguing exclusively about how to reduce our deficits. It’s embarrassing.

Ezra Klein writes down the details: the 112th Congress is the. worst. ever. Really.

This, from Ezra Klein’s Wonkblog at The Washington Post today:

14 Reasons why this is the worst Congress ever

And he lays them out, clearly, with graphics and – in spite of his blogname – in a non-wonky way, focusing on comparisons between this 112th Congress and previous.

He starts with this week’s 33rd vote in the House to repeal the Affordable Care Act:

Well, it makes you the 112th Congress.

Notwithstanding Mark Twain’s famous quip, Suppose you were an idiot, and suppose you were a member of Congress . . . but I repeat myself, these ladies and gentlemen – well,  not so many ladies – are, indeed, The. Worst. Congress. Ever.

Ezra and Ron: not a Love Story 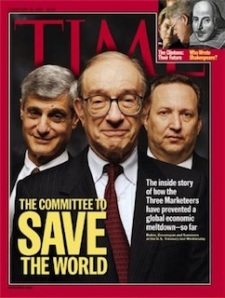 Puts me in mind of these fellows

In The New York Review of Books, Ezra Klein finds little to love about Ron Suskind’s new book, The Confidence Men: Wall Street, Washington, and the Education of a President. Perhaps because Suskind found little to love about the economic advisors Obama surrounded himself with and the resulting policies, which, Suskind says, led to the decline in Obama’s poll numbers.

In criticizing this conclusion (and some others) as unproven, Klein makes an important point – one too often ignored in the current conversation – a point which may end up being just an historical footnote, if Obama is not re-elected (I’m confident he will be). But it’s a reminder of how much time we waste puzzling over what history tells us is quite predictable.

The President’s poll numbers aren’t the mystery Suskind presents them as. If you want to know what killed Obamaism, the answer is the stagnant economy. No president, no matter how politically graceful or personally confident, looks good in the midst of an economic crisis. When unemployment rose during the 1980–1981 recession, President Ronald Reagan’s approval ratings fell below 40 percent and his party lost twenty-six House seats in the midterm election. When Franklin Delano Roosevelt and the Federal Reserve twisted toward austerity too early and sparked the 1937 recession, Democrats lost more than seventy seats the following year. No one would accuse either president of insufficient charisma or weak leadership. Americans don’t want leaders so much as they want jobs. And that’s Obama’s problem now, too.

I’ve read two of Suskind’s earlier books and found both to be  well sourced and so well written as to reach that novelistic heaven of “couldn’t put it down”. But I haven’t yet read this one, so can’t comment, except to say I usually find Klein to be a fine reporter and writer as well.

So young, so smart

Klein, an early star of the blogsphere, now blogs at The Washington Post on ‘Economic and Domestic Policy – and lots of it!’. His blog, Wonkbook, is a daily  link-rich heads up on what’s happening in DC. I highly recommend subscribing.

By the way, I found The Washington Post website annoyingly difficult to navigate. The link from the daily email failed and at the site itself, finding Klein’s column wasn’t easy. Even the search function was a little wobbly.

The future? Not my problem

This from Politico a few days back – the House Energy and Commerce committee which wants to block EPA rules basically (they want to override EPA on the science of global warming, cuz they’re all such great climatologists) – now want to forbid EPA from declaring carbon dioxide to be a greenhouse gas. Truth. They really do – rename it and problem goes away.

“Some Republicans refuted the claim that global warming science has been settled. “We should not put the U.S. economy in a straightjacket because of a theory that hasn’t been proven,” said Rep. Joe Barton (R-Texas). “To put this amendment into the law I think would go against everything that people on both sides of the aisle say they’re for.””

That’s kind of the same reasoning John Yoo used to define torture – “it’s torture when it results in organ failure”. And heaven’s sake, we don’t need seawalls just because floods might happen. And why vaccinate little Johnny when it’s probably going to be little Susie who gets polio? Seat belts? Nonsense, I can’t see the car around the corner that’s going to hit me!

When Barton’s ‘proof’ arrives, it will be too late; perhaps he’ll see it when  his favorite golf course is underwater.

And then there was this from Ezra Klein:

Confronted by one of the most significant threats our planet faces, the 31 House Republicans charged with coordinating America’s response refused to even admit the underlying facts.

When Bush was in  the White House and he had a GOP Congress, they passed some tax cuts. And they themselves attached an expiration date to the tax cuts. (Why?)

So now it’s Obama’s problem. Now, it’s a problem for the Democratic congress. And now, it seems the new truth is that addressing whether or not to allow them to expire – as designed by the GOP – is according to the GOP – just wrong, wrong, wrong. These guys are becoming the party of silly, silly, silly.

This morning, Ezra Klein writes about the impact of continuing the tax cuts. He says: 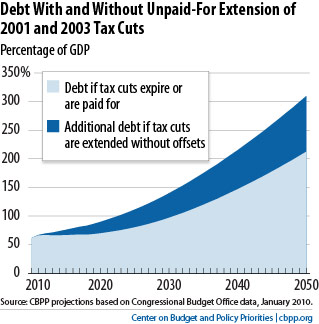 They do NOT want to do anything. And that is that.

He engaged in something we used to call reporting. Which is why he checked, instead of turning to the guy at the next desk and saying: “Alexander just said reconciliation hasn’t been used for stuff this big. What do you have to say about it?”

(Perhaps he’s live-blogging the summit.) Here’s something else he said today:

Lamar Alexander and Barack Obama just had a contentious exchange on this point, so it’s worth settling the issue: Yes, the CBO found health-care reform would reduce premiums. The issue gets confused because it also found that access to subsidies would encourage people to buy more comprehensive insurance, which would mean that the value of their insurance would be higher after reform than before it. But that’s not the same as insurance becoming more expensive: The fact that I could buy a nicer car after getting a better job suggests that cars are becoming pricier. The bottom line is that if you’re comparing two plans that are exactly the same, costs go down after reform.

You can find a full rundown of the report here.

Today, in his blog at The Washington Post (you know – the paper everyone pretends is part of the liberal media?), Ezra Klein takes aim at the nonsense Republicans are spouting – the constant whine that the Democrats’ health care reform bill doesn’t include any Republican ideas.

Klein went to “the GOP’s “Solutions for America” homepage, which lays out its health-care plan in some detail. It has four planks. All of them — yes, you read that right — are in the Senate health-care bill.”

He takes them one by one. And proves the lie.

But this is more a media story than a wonky policy fight. Exactly how clever does a reporter have to be to check a fact online? And make that part of his reporting? It is what they’re supposed to do. 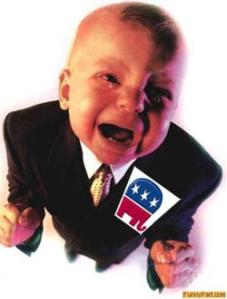 So good for Ezra Klein who – despite his age – does the job the way it should be done – but is not being done by his elders, the celebrity stars of the media establishment.

“And finally, we shouldn’t forget the compromises that have been the most painful for Democrats, and the most substantive. This is a private-market plan. Not only is single-payer off the table, but at this point, so too is the public option. The thing that liberals want most in the world has been compromised away.”