Bank of America – who’s your Daddy?

I wonder what happened to the Wikileaks expose of Bank of America. 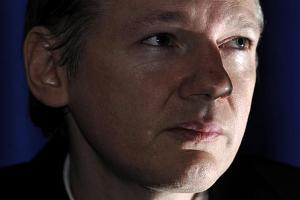 You may recall that shortly after the Wikileaks’ dump of US Military files (Bradley Manning),  Julian Assange promised that documents were coming showing illegal practices at Bank of America. One day later it was breathlessly reported that Assange is a pervert and rapist. Now those documents are yesterday’s news. Nothing’s been released.

You may also remember what  happened to Elliot Spitzer after he became governor? As Attorney General, he was known as The Sheriff of Wall Street where he was feared and loathed. As Governor he had power to hurt them with exposure and regulation. Voila! Another sexual perversion surfaces.

In February, after Assange’s announcement of Wikileak’s planned release – and the subsequent personal smears – this story appeared at their site:

In a document titled “The WikiLeaks Threat” three data intelligence companies, Plantir Technologies, HBGary Federal and Berico Technologies, outline a plan to attack Wikileaks. They are acting upon request from Hunton and Williams, a law firm working for Bank of America. The Department of Justice recommended the law firm to Bank of America according to an article in The Tech Herald. The prosed attacks on WikiLeaks according to the slides include these actions:

And TPM has observed that:

. . . the Gitmo files could be Assange’s last hurrah. Wikileaks’ encrypted submission has been broken for more than a year now, which means no new juicy tidbits have been coming in.