Oil is fungible. The world market sets the price. People would understand that. Really.

9:03pm: Right out of the box, Romney opened with “and thank you Mr. President for being here”. Put himself right in charge.

Could the debate turn on Benghazi?

Tonight, when you are challenged on Benghazi (you do know that that one is coming, right?) I think (and isn’t that what matters here?) that you must 1) correct one by one the points of misinformation that people have already absorbed, 2) follow  with a policy statement about Libya and the region, and 3) own up to some part of it. Any part.

Also, Moe thinks it essential that throughout those remarks, viewers see and hear a President of the nation that was attacked, not a candidate who himself is under attack.

Oh, and don’t get defensive. Please don’t do that.

*Picked up at Buzzfeed. That Biden looks like Reagan has unnerved me.

That’s where experience shows. Substance vs slogans and substance won.

Could that gay Kenyan Muslim be this diabolical? 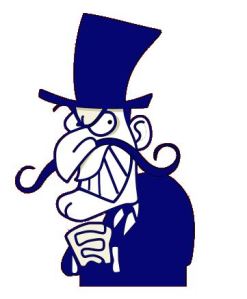 I think we all agree that Obama’s oddly lethargic demeanor handed Romney the win in Wednesday night’s debate. But did it also . . .

. . . .  boost the chances for Democratic ‘down-ticket’ candidates? Even before the debate, party and PAC money was shifting away from Romney into the war chests of Republican Senate and House candidates. But the dollars did a quick U-turn after the debate because Romney wasn’t a loser anymore! Which is pretty good news for the Democrats who are running for those Senate and House seats.

I don’t beleive it either, just fishing for a silver lining.

Did I die and go to heaven? I mean Graceland?

Okay, full disclosure . . . the story only says that, to date, these three have accepted; Texas hasn’t heard yet from Romney. But for a brief moment, when I saw this headline, my heart went a pitter-patter. You know?

Ethically-challenged candidate Newt started out strong at last night’s debate, but without that audience reinforcement to which he plays, the fella’ quickly lost energy.

Maybe it’s time for him to again whine that it’s not fair! 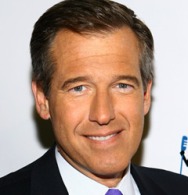 Why do I continue to watch these debates!

Perhaps because I am as  big a fool as Brian Williams, he who is ‘moderating’ tonight’s ‘debate’. So far, it’s the worst yet. A full 33 minutes in and Williams has yet to ask a single question of substance.

Candidates need not have any policy positions to be in Brian’s debate. They just have to be willing to be like the pundits and talk about the horse race – and about what the other candidates have said about them.

Finally, the candidates themselves have begun answering his stupid questions with policy answers. He hasn’t yet noticed. Hard to see stuff like that when you’re transfixed by the face you see in the mirror.

Donald is having a big debate and nobody is coming.  Well, noboby who isn’t named Newt Gingrich anyway. (Even Bachmann backed out.)

Cause, I think, for celebration.

Oh jeez, this is just embarrassing 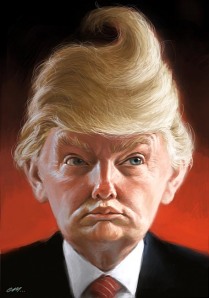 A few of the grownups in the GOP campaign, Jon Hunstman and Ron Paul, declined an invitation from the ever vulgar Donald Trump to play in his Debate Game, which he has cooked up with Newsmax (they think we might need a military coup if Obama doesn’t shape up. Ya know?) because he finds this politikin’ thing gets his picture in the paper a lot.  And he thinks he’s an important national voice, he does.

In turning the invite down, Paul’s campaign said “The selection of a reality television personality to host a presidential debate that voters nationwide will be watching is beneath the office of the Presidency and flies in the face of that office’s history and dignity” (Pitch perfect Mr. Paul! Good for you.)

Mr. Trump scoffed. He puffed up his chest and said that was fine with him because, after all

“Few people take Ron Paul seriously and many of his views and presentation make him a clown-like candidate,” Trump said. “I am glad he and Jon Huntsman, who has inconsequential poll numbers or a chance of winning, will not be attending the debate and wasting the time of the viewers who are trying very hard to make a very important decision.”

. . . Ron Paul has a zero chance of winning . . .my poll numbers were substantially higher than any of his poll numbers, at any time, and when I decided not to run, due to the equal time provisions concerning my hit show The Apprentice, I was leading the Republican field.”

I hope the rest of the candidates get some sense and say ‘no thanks’ too. Otherwise, the world is Donald Trump’s show and we’re all contestants.

But it’s entertaining, and that’s what matters here 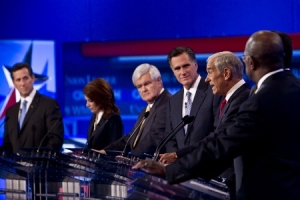 Mac this morning; from an article from Der Spiegel, the largest circulation newspaper in Germany, read all over the world. And this is what they think of our GOP clown train.

(To those who disdain all those ‘elite Europeans” – opinions matter. They matter in business, in investments, and in diplomatic relations. They really matter.)

The US Republican race is dominated by ignorance, lies and scandals. The current crop of candidates have shown such a basic lack of knowledge that they make George W. Bush look like Einstein. The Grand Old Party is ruining the entire country’s reputation. . . .

They lie. They cheat. They exaggerate. They bluster. They say one idiotic, ignorant, outrageous thing after another. They’ve shown such stark lack of knowledge — political, economic, geographic, historical — that they make George W. Bush look like Einstein and even cause their fellow Republicans to cringe.

Here’s the Der Spiegel headline: A Club of Liars, Demagogues and Ignoramuses

They’ve got this part right:

So the US elections are a reality show after all, a pseudo-political counterpart to the Paris Hiltons, Kim Kardashians and all the “American Idol” and “X Factor” contestants littering today’s TV. The cruder, the dumber, the more bizarre and outlandish — the more lucrative. Especially for Fox News, whose viewers were recently determined by Fairleigh Dickinson University to be far less informed than people who don’t watch TV news at all.

Just stopped in at the conservative site Hot Air to see the reaction to Governor Goodhair’s shocking memory ‘failure’ at last night’s debate. They made it easy with a convenient wrap of comments from around the media. Their headline said it all – the Gov imploded and the campaign is over.

Via Business Insider. A few choice quotes. Larry Sabato: To my memory, Perry’s forgetfulness is the most devastating moment of any modern primary debate.

Rich Lowry: That might be the most uncomfortable moment I’ve ever witnessed in presidential politics.

Mona Charen: That was the greatest flame-out I’ve ever witnessed in a debate.

Even I was embarrassed for Perry – I never like to see a person humiliated in public.