Wipe that smile off your face Mr. Gephardt 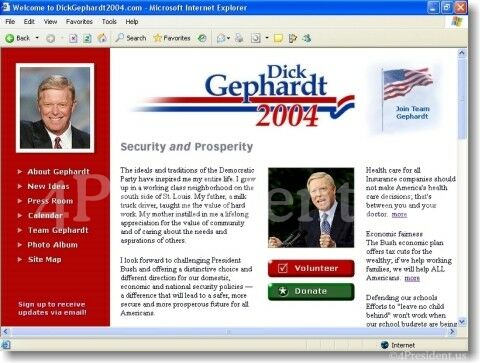 A run for President is good for business later

How do these people even show their faces in public? I used to think that Rep. Billy Tauzin was the worst example of the congressional ‘revolving door’, but Gephardt is looking like a contender. These guys still hang out with their former colleagues – probably having a big BBQ together next weekend.

Even in a town as full of mercenaries and shills as Washington, Dick Gephardt is a special case. Just a handful of years ago, the then-Congressman touted himself as a friend of unions and a universal healthcare crusader. During his failed 2004 presidential bid, he was a man who stood against “the status-quo apologists” and “the special interest lobbyists running amok.” Today, he’s at the helm of his very own lobbying firm, working for the likes of PhRMA, Goldman Sachs and the coal company Peabody Energy. Even when compared to his many peers who have made trips through the revolving door, the list of issues on which Gephardt has been paid to reverse his position is very long indeed.