If you breathe and speak, that’s enough for the couch at Fox & Friends

On another matter: here are some earlier visitors (you know who they are, don’t you!) to the couch sporting some ‘non-Muslim beards’. 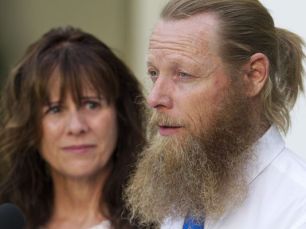 This here, though, is clearly a gen-u-ine “Muslim beard” (according to Brian Kilmeade, the one who isn’t Steve Doocy).

On the couch at Fox & Friends this morning, let us hear Keith Ablow – FOX’s ‘psychiatric consultant’ – look deeply into Bergdahl’s participation in a ballet some years back:

“The fact that he was a dancer and a lifter — not a weightlifter, but I guess he would lift the ballerina — what does that mean?” Brian Kilmeade asked, with an assist from fellow host Steve Doocy.

“Supposedly he was recruited by these girls to have that role,” Ablow replied. “I think front and center on any stage is this guy’s M.O.: unless it doesn’t feed him narcissistically — you can’t give him a job unless you’re going to tell him you’re the star and we’re going to keep you at a throttle of twelve out of ten.”

And then the pinpoint turn: “I’ve been saying it before, Barack Obama does not have the will of the American people, Americanism, in his soul. This swap, somebody who may not feel very American for five people who definitely don’t, is symptomatic of that. It was bound to happen when you have a leader who doesn’t affiliate with patriotism.”

“Well, he definitely wanted out of Afghanistan and maybe it’s his way of closing GTMO regardless of the consequences,” Doocy said.

“He wants out of America, my friend,” Ablow said. “Trust me.”

Ablow prefaced the entire exchange by conceding he had not evaluated Bergdahl or his parents “formally,” which is TV-psychospeak for “at all.”

That would be this Ablow (Wikipedia):

While providing Fox News television “medical analysis*” of the October 11th, 2012 Vice Presidential debate, Ablow strongly and repeatedly suggested that some of Vice President Joe Biden‘s behaviors, such as interruptions of the opposing candidate and what he believed to be excessive laughter, might mean that he should be evaluated for dementia, alcoholism, or other conditions.[22] “I’m not diagnosing him,” he clarified. “I haven’t evaluated him. But psychological testing – It’s anyone’s guess what it would show.”

*’Medical analysis’ –  who in that god-forsaken place assigns a ‘medical analyst’ to debate commentary?