What are they smoking in Korea?

According to the Weekly Standard (I know, sometimes too rapid linky-linky lands me in strange places), this is the architectural rendering of a pair of residential towers proposed for Seoul with what they’re calling a ‘cloud feature’ connecting the buildings. I’m speechless. 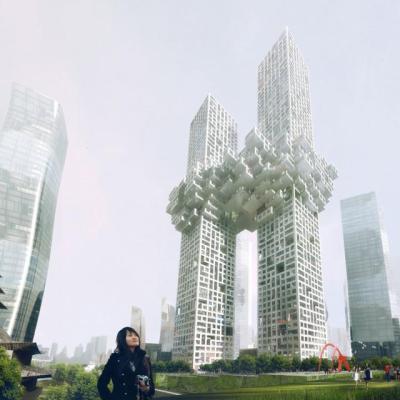 These are the people 9/11 happened to. They were there. And they know that chants and cheerleading don’t make a hoot of difference in a compex world.

wow. And it was us who got him.

Have we moved on? Has my country found a new thing to label terrorist or a new thing to be very very afraid of? I just don’t spend enough time with talk radio or FOX news to know whether the tempest has finally blown over. In any case, it does need to wind down and move on because  – in our one-story-at-a-time media culture –  there’s a new game comin’ to town.

Some batshit crazy pastor here in my home state is organizing The First Annual Great American Quran Burning. On 9/11 apparently. In Indonesia counter protests are being organized. I hope there is a legal way to stop these clowns from building their bonfire. Incitement to riot? Isn’t that a crime? Does a resultant feared riot have to be local? How about incitement to cause a riot in Indonesia and other countries? (If you’d like to participate in this great American event, go here to get your own Quran to burn. Oh fun!)

Thinking of these things, it seemed to me a fine time to post Mayor Bloomberg‘s wonderful speech of a  month ago. (The transcript is here.) A very fine lesson in American history, in who we are, in what we stand for and in what actually is the right thing. I haven’t posted it before because it was ubiquitous. But now it seems appropriate.

Are we still in BushWorld?

Made the acquaintance today of  Outofcentralasianow, who examined a recent bit of testimony by General Petraeus. The General said:

“The reality is that it’s hard, but we are [in Afghanistan] for a very, very important reason, we can’t forget that,” he added. “We’re in Afghanistan to ensure that it cannot once again be a sanctuary for the kinds of attacks that were carried out on 9/11.” 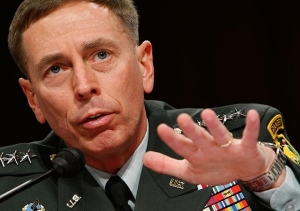 CentralAsia found this to be a rather remarkable (stupid, my word) comment on why we’re there. He wrote:

Is that a stupid statement? There’s no other land anywhere from which to plan another “9/11″ anywhere in the world? Wern’t the ringleaders based in Germany? Wern’t some in the U.S. training to become pilots?

Mohammed Atta, the leader of the 9/11 attackers, did his training right down the road from me here in South Florida. This ‘sanctuary’ line is bogus. If it was ever valid, it no longer is. And CentralAsia is exactly right. Denying them Afghanistan does not deny them a place to train.