Bits: Guns and Fox and meth and cross-dressing priests and CNN

Bit the first: Why do I turn on Fox News? Why?

Right now, they are covering:

Kind of nice how Gun Appreciation Day falls on the MLK Holiday weekend, isn’t it. 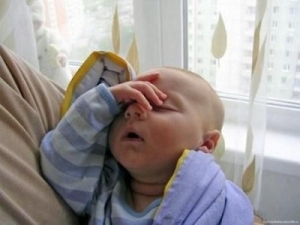 Bit the second: in news from my old backyard, a cross-dressing Monsignor in Bridgeport CT  has been arrested for dealing crystal meth. He had been pastor at the Catholic Cathedral there before he resigned last summer.

Since his resignation, he has been receiving a stipend from the Diocese and they had intended to keep paying it until:

. . .  reading in the Connecticut Post that Wallin, 61, is accused by federal authorities of making so much money from selling the drug that he purchased an adult sex shop in North Haven named The Land of Oz to launder the money, Wallace said the diocese may stop the payments.

May stop paying him. May.

Sources with knowledge of the case told the Connecticut Post that while pastor, Wallin was observed dressing as a woman and was visited in his residence by men dressed as women who performed sex acts with him in the cathedral’s rectory. The sources said an assortment of sex toys was found in Wallin’s residence.

I guess Mother Church can be allowed a sigh of relief on that particular. It, at least, was consensual.

And bit the third: CNN has been covering the Inauguration since early this morning from a cold outdoor location facing the Capital. Because you can’t grab a seat too early. Or because they think it’s the Superbowl maybe?

That’s kind of comforting actually.  Seeing CNN be CNN reminds me that some of the world’s silliness has survived the world’s madness.

9 responses to “Bits: Guns and Fox and meth and cross-dressing priests and CNN”