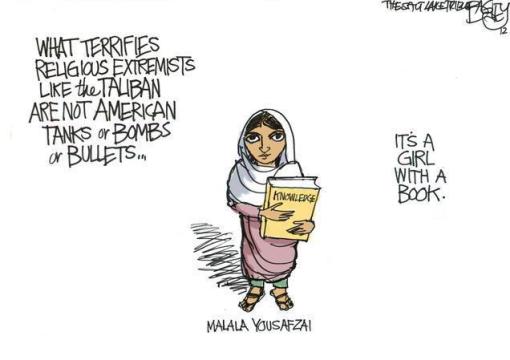 . . . for Time Magazine’s Person of the Year, here. The actions and courage of this single 14-year old girl may change the world.