I wish I could see deeply enough into this to know if the divergence began the night of or the day after Clnton’s speech at the DNC. Quite remarkable! (Since this is Intrade, I’d guess ‘the night of’).

Libya and the 47% pile it on, but I could be convinced this was just the big dog turning around a battleship with one hand. 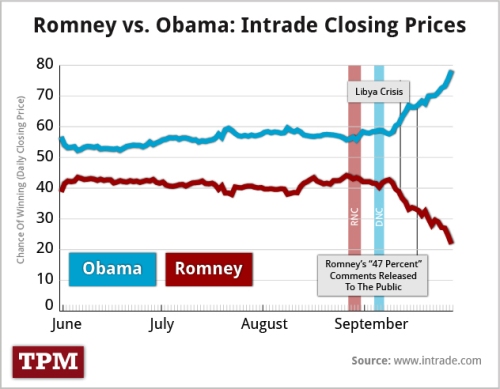 9 responses to “How Bill Clinton won his third term”