I’ll bet Iran can see them too 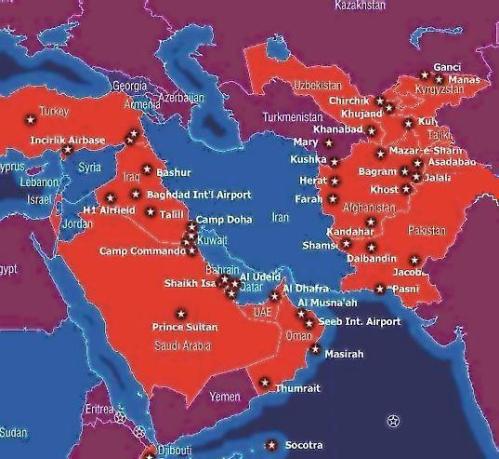 Possible nuclear weapons capability, International Atomic Energy Agency (IAEA) inspections, a threat to Israel, economic sanctions, fears of links to al Qaeda, and a compliant news media. Sounds like the hype leading up to war with Iraq, but this time it’s Iran. . .

The fear mongering about Iran building nuclear weapons may not work this time. From McClatchy, “The 16 U.S. intelligence agencies believe that Iran’s covert nuclear weapons work remains suspended for now, but could be restarted if the Iranian regime decides to do so.” Bloomberg is reporting that Gill Tudor, spokesman for the IAEA, said “All nuclear material in the [Fordo Fuel Enrichment Plant] remains under the agency’s containment and surveillance.” According to the AP, Defense Secretary Leon Panetta says Iran “is not yet building a bomb.” . . .

t also appears that intelligence analysts are not going to be pushed around this time. A retired senior intelligence officer said “the guys working on this are good analysts, and their bosses are backing them up.” A Defense Intelligence Agency analyst summed it up by saying “if Iran is not a nuclear threat, then the Israelis have no reason to threaten imminent military action.”

On the map above, each star is a US airbase. Where we have airplanes and stuff.