Climate zones, they are a’ changin’. I think it’s Al Gore’s fault 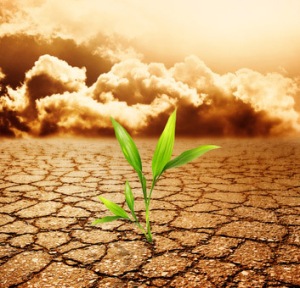 For a long time, the US Department of Agriculture has designated different planting ‘zones’ throughout the country as a guide for growers. Their ratings are based on ‘extreme minimum temperature’. Garden books and seed packets usually say in what zone a plant can flourish and in what zones it can’t. But it’s the agricultural industry itself, the largest consumer of such data, that must pay the closest attention to these ratings to assure successful crop yields.

So with this change, the USDA now joins the Pentagon and NASA in acknowledging that global warming is real and must be part of all strategic planning. (I don’t mention any international science organizations or UN agencies because our conservative brethren know them all to be anti-American.)

My area of SW Florida has always been 9(b) – but now it’s officially a 10(a) zone. The temperature variation is not large (we go from a 5 to 10 degree variation to a 10-15 degree variation), but the USDA sees it as permanent.

. . . entire states, such as Ohio, Nebraska and Texas, are now in warmer zones . . . it reflects the new reality.

It’s great that the Federal government is catching up with what the plants themselves have known for years now, that the globe is warming” . . .  said [a] Stanford University biologist.

This is unlikely to be the last time they will have to adjust the zones. What’s most shocking to me is the speed of the temperature change – the data they used was collected from 1976-2005. That’s stunning.

(Also, here in zone 10a, we’ve been in drought for four of the last ten years. )

9 responses to “Climate zones, they are a’ changin’. I think it’s Al Gore’s fault”