A legend in his own mind

The Newtster is sure having him some fun and dreaming dreams of what I think is his real goal – “a series of three-hour Lincoln-Douglas style debates”. Without a moderator of course. It’s not a stretch to think he’s less interested in the Presidency than he is in 12 hours in front of the cameras with a real President.

But it’ll still be Romney. Here is why a Newt nomination is a mirage. From the last six months of national polls:

Even more people don’t like him. That’s how it always goes with Gingrich. 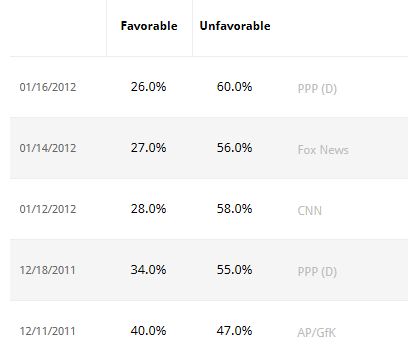 5 responses to “A legend in his own mind”