Here’s what I heard today 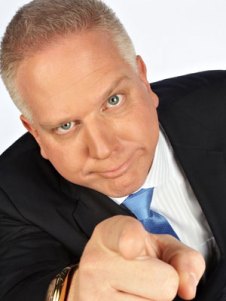 I heard Glenn Beck today. I’ve never listened to his radio show for more than two-three minutes at a stretch, but I do stop by periodically to measure the crazy.

Let me set the stage for his amazing claim today: an element of the theology of Shia Islam is that, like many religions, they await a sort of ‘messiah’, known as the Twelfth Iman. Okay, ordinary religious stuff – the theology is of course deep and complex, but it’s pretty much about a messiah. (Perhaps blogfriend umersultan can flesh this out for us.)

So, Beck. I tuned in and found out he’s making a documentary – and he’s going to show his viewers how remarkably the Twelfth Imam sounds exactly like the dreaded anti-Christ.

We shouldn’t let this man anywhere near a microphone.

28 responses to “Here’s what I heard today”