I know this is a cheap shot. But it’s irresistible.

This headline at Raw Story brings us to a study conducted at University College London in the UK. Here’s the headline: 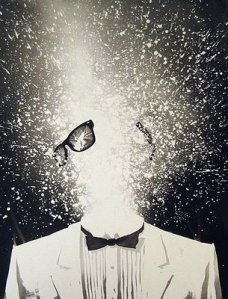 ” . . . conservatives’ brains have larger amygdalas than the brains of liberals. Amygdalas are responsible for fear and other “primitive” emotions . . . If the study is confirmed, it could give us the first medical explanation for why conservatives tend to be more receptive to threats of terrorism, for example, than liberals. And it may help to explain why conservatives like to plan based on the worst-case scenario, while liberals tend towards rosier outlooks.

“Geraint Rees, the neurologist who carried out the study, heads up UCL’s Institute of Cognitive Neuroscience and was originally asked half-jokingly to study the differences between liberal and conservative brains for an episode of BBC 4’s Today show that was hosted by actor Colin Firth. But, after studying 90 UCL students and two British parliamentarians, the neurologist was shocked to discover a clear correlation between the size of certain brain parts and political views. “

18 responses to “I know this is a cheap shot. But it’s irresistible.”