Ask me if I’m surprised

Big headlines today about reconstruction funds gone missing in Iraq. To those of us who have read and still read the reporting and books published since 2003, this is not news. But the Pentagon just released a new report from its Inspector General for Iraqi Reconstruction. Of  $9.1 billion allocated between 2003 and 2007, 96% cannot be accounted for. They don’t seem to be saying outright that it’s all gone missing; they’re just saying they don’t know what it was used for. 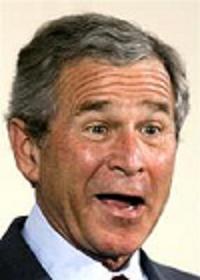 The BBC story noted “The US military said the funds were not necessarily missing, but that spending records might have been archived. In a response attached to the report, it said attempting to account for the money might require “significant archival retrieval efforts”.

A brief review of the reporting shows:

This entry was posted in Media and tagged Iraq, Media, Pentagon. Bookmark the permalink.

3 responses to “Ask me if I’m surprised”